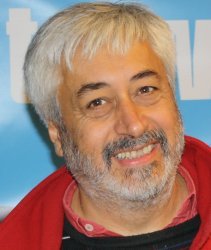 This website has mainly been the work of Howard Clark, who passed away on 28 November 2013. War Resisters' International, which Howard chaired since 2006, published the following announcement:
With deep sadness we must announce that last night WRI Chair Howard Clark passed away. Howard was Chair of WRI since 2006, and earlier worked for many years as Coordinator of WRI in London before moving to live with Yolanda Juarros Barcenilla in Spain. He is leaving a gap we are still unable to fully grasp. War Resisters' International is losing with him a good friend, a tireless and committed peace worker, a sharp mind and organizer, and his institutional memory reaching back many decades. Our thoughts are with Yolanda and their two children, Ismael and Violeta, at this tragic time. Information about memorials and an obituary can be found on this website later.

The International Center on Nonviolent Conflict (ICNC) and openDemocracy create a page in memory of Howard Clark.

Michael Randle charts the course of Howard Clark’s life and career in peace activism and research, including his time working with Clark on the Alternative Defence Commission during the 1980s. In his politics and personality, Clark committed himself to building networks and coalitions.

April Carter explores Howard Clark’s academic contribution to the study of nonviolent action. Clark had special expertise on the civil resistance in Kosovo against Serbian oppression from 1988 to 1998. But his writing and knowledge of many struggles was internationalist in breadth.

In commemoration of Howard Clark’s work with the ICNC

Maciej Bartkowski, senior director of the International Center on Nonviolent Conflict, remembers Howard Clark as an effective collaborator and a scholar-practitioner with a distinct and nuanced approach to the field of nonviolent conflict.

References to publications by Howard Clark on this website

On the vigorous campaign to support mortgage defaulters and the wider 15M movement.

The Introduction and Afterword discuss key strategic questions and Part I consists of five case studies of nonviolent resistance from 5 continents. But the major focus is on forms of transnational support for resistance campaigns and the possible problems (as well major advantages) of not only governmental, but also nongovernmental support and intervention. Some of the main chapters in Part II and Part III are therefore listed separately under A.5.

Scholarly study commissioned by the Human Rights Subcommittee of the European Parliament, evaluating EU practice and making recommendations on principles that should guide EU support for nonviolent action for democratization, including concrete proposals on how to make it more effective.

Campaign of the U’wa people of Colombia to prevent oil drilling.

This study, whilst explaining the historical and political context of the civil resistance, focuses primarily on the strategy, institutions and weaknesses of the nonviolent struggle.

Clark, Howard, When the Best Say No: Impressions from a Visit to South Africa in Support of War Resisters, London, War Resisters' International, 1989, pp. 27

A memorial meeting for Howard and celebration of his life was organised by his family in Madrid and by the War Resisters' International (for which Howard worked as Coordinator 1985-1997 and still chaired) on 1st February 2014. The celebration was in both Spanish and English (with translations), and in addition to tributes to Howard there were songs by the two local choirs in which Howard used to sing. A gallery of photos from the event is available at http://wri-irg.org/node/22874

A second memorial and celebration was organised in London by Peace News, at Conway Hall, London, on 17th May 2014. Howard was a co-editor of Peace News 1971-76 and remained actively involved with both the paper and Housmans Bookshop as a member of the board of Peace News Trustees, often travelling from Madrid to London to attend meetings. The celebration featured speakers involved with Howard in a range of peace and nonviolence activities, as well as members of his family, and combined peace songs with favourites of Howard himself. His son and daughter, Ishmael and Violeta, led the singing of ‘Always look on the bright side of life’. A video of parts of the event is available at http://wri-irg.org/node/23140

NB opendemocracy.net is organising a page in memory of Howard, with attached excerpts from his writings on nonviolent action and resistance. Full details to be added when available.